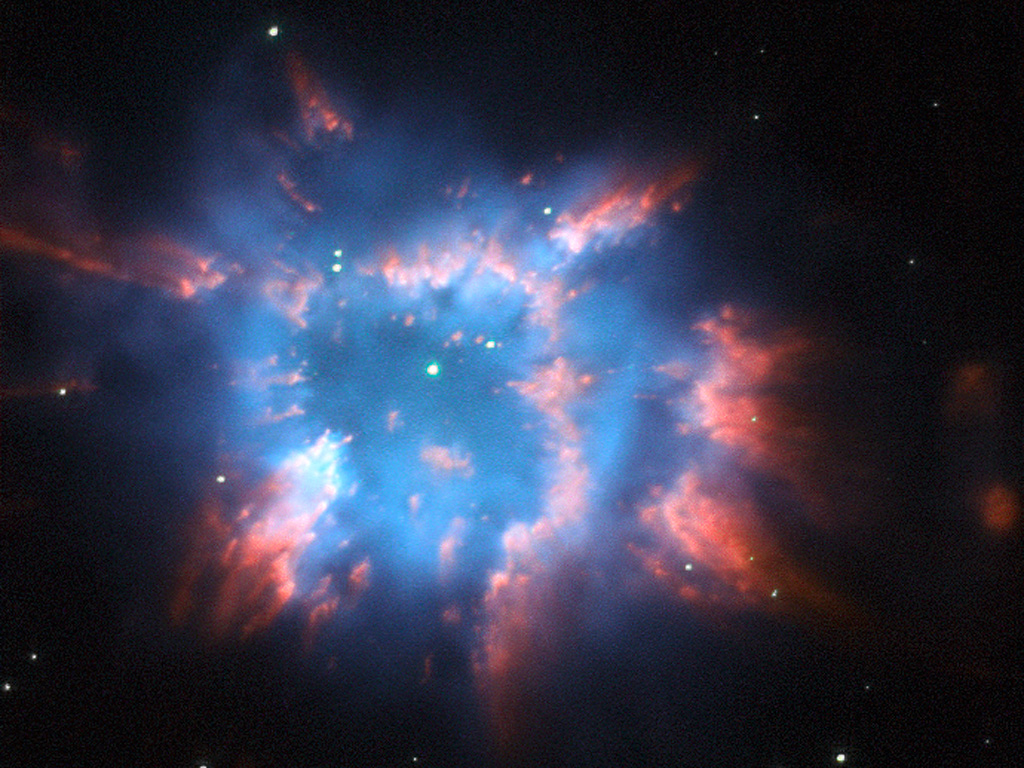 NGC 6326 is a planetary nebula located about 11,000 light-years from Earth in the southern constellation of Ara (the Altar), while it is slowly moving away from us at 10.7 kilometers per second.

When a star ages and the red giant phase of its life comes to an end, it starts to eject layers of gas from its surface. This process continues until all that is left is the hot, dense, core of the dying star, a white dwarf. Intense radiation from this white dwarf excites the gas in the nebula causing it to shine.

NGC 6326 is made up of the ejected material, lit up by its central star. According to recent scientific study, this central star is actually a close binary system with an orbital period of .372 days (9h 56m). Many planetary nebulae that display symmetrical shapes, but although NGC 6326 has an overall shape that is mostly elliptical, it has a complex, irregular, structure.

Planetary nebulae are one of the main ways in which elements heavier than hydrogen and helium are dispersed into space after their creation in the hearts of stars. Eventually some of this outflung material may form new stars and planets. The vivid red and blue hues in this image come from the material glowing under the action of the fierce ultraviolet radiation from the still hot central star.

This picture was created from images taken using the Hubble Space Telescope’s Wide Field Planetary Camera 2. The red light was captured through a filter letting through the glow from hydrogen gas. The blue glow comes from ionised oxygen and was recorded through a green filter. The green layer of the image, which shows the stars well, was taken through a broader yellow filter.