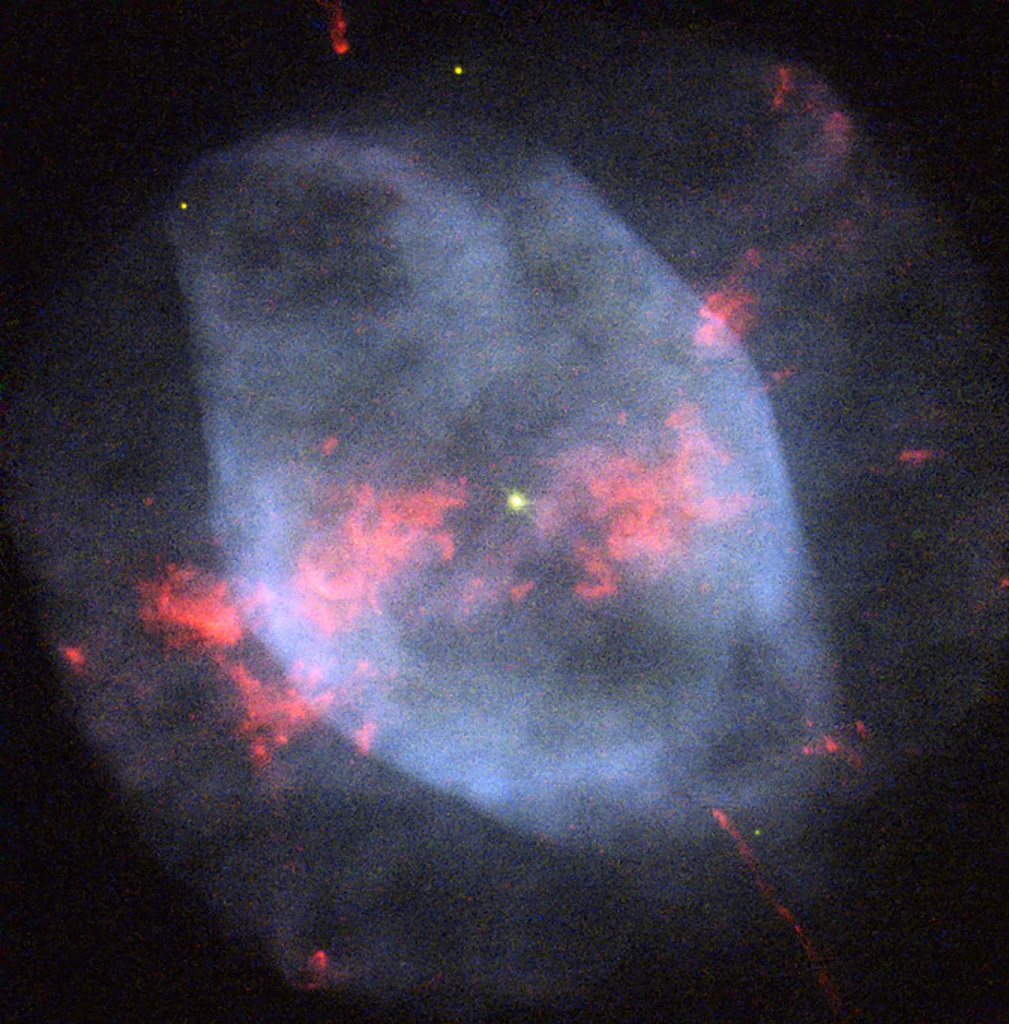 NGC 7354 is a small, relatively bright planetary nebula of about half a light-year across, located about 4,200 light-years away from Earth in the northern constellation of Cepheus (named after Cepheus, King of Aethiopia in Greek mythology). It is approaching us at approximately 42.5 kilometers per second.

Planetary nebulae have nothing to do with planets. The name was coined by Sir William Herschel because when he first viewed a planetary nebula through a telescope, he could only identify a hazy smoky sphere, similar to gaseous planets such as Uranus. The name has stuck even though modern telescopes make it obvious that these objects are not planets at all.

Over the next several thousand years, this nebula with an average temperature of some 12,500 Kelvin, will gradually disperse into space, and then the white dwarf will cool and fade away for billions of years. Our own Sun is expected to undergo a similar fate, but fortunately this will not occur until some 5 billion years from now.

This image shows NGC 7354 in great detail. Surrounding the central white dwarf star, the nebula consists of a circular outer shell, an elliptical inner shell, a collection of bright knots roughly concentrated in the middle and two asymmetrical jets shooting out from either side. Research suggests that these features could be due to a companion central star, however the presence of a second star in NGC 7354 is yet to be confirmed.

Located in a relatively vacant region of space and difficult to see using an amateur telescope, the lonesome planetary nebula is often overlooked.

This image is taken with the Wide Field Planetary Camera 2 onboard the Hubble Space Telescope using three different color filters. A version of this image was entered into the Hubble’s Hidden Treasures image processing competition by contestant Bruno Conti.