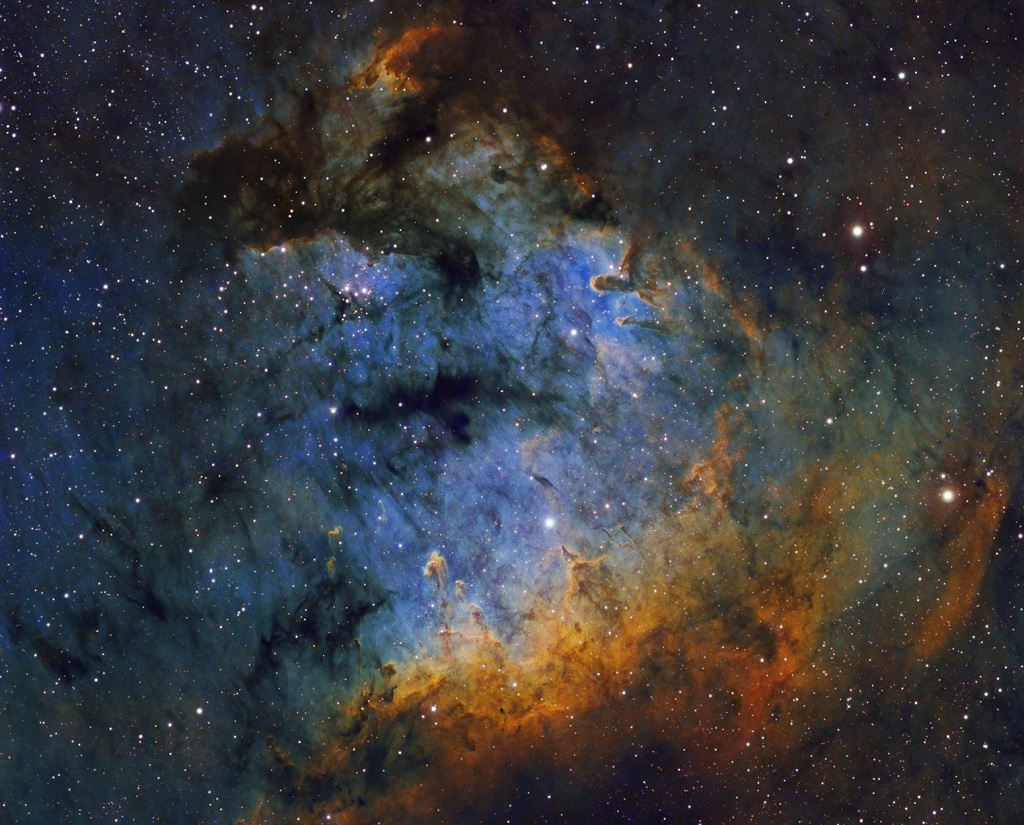 NGC 7822 (also designated Sharpless 171, SH 2-171) is a young irregular emission nebula and star forming region of about 40 light-years across, located some 3,300 light-years away at the edge of a giant molecular cloud toward the northern constellation Cepheus. It is home to the young star cluster Berkeley 59, whose stars are just a few million years old. A supernova remnant associated with NGC 7822, indicates that a massive star has already exploded.

Berkeley 59 includes one of the hottest stars discovered in the vicinity of our Sun, namely BD+66 1673, which is an eclipsing binary system consisting of a very bright star that exhibits a surface temperature of nearly 45000 K and a luminosity ~100000 times that of the Sun.

Cosmic pillars of cold molecular gas and clouds of dark dust – often called elephant trunks – lie within NGC 7822. Powering the nebular glow are the young, hot stars of the Berkeley 59 cluster, whose powerful winds and radiation also sculpt and erode the dense pillar shapes. Stars could still be forming inside the pillars by gravitational collapse, but as the pillars are eroded away, any forming stars will ultimately be cut off from their reservoir of star stuff.