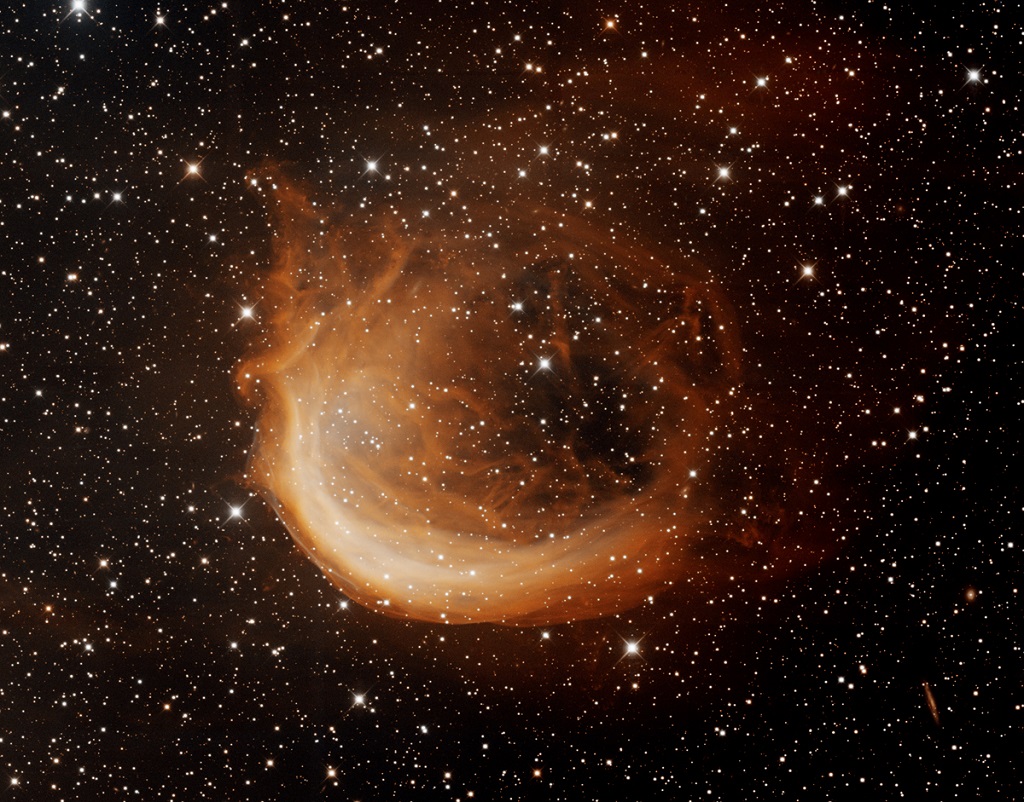 Sharpless 188 (SH2-188, Simeis 22 or the Dolphin Nebula) is an unusual planetary nebula in the galactic disk, approximately 850 light-years away from Earth in the northern constellation of Cassiopeia.

Planetary nebulae last for only about 10,000 years, a fleeting episode in the 10-billion-year lifespan of Sun-like stars. So, over the next several thousand years, SH2-188 will gradually disperse into space, and then the white dwarf will cool and fade away for billions of years. Our own Sun is expected to undergo a similar fate over about 5 billion years from now.

The expanding gas from SH2-188 has a nearly circular shape, but is much brighter to the southeast (lower left). This is because the rapidly moving central star – at about125 km/s – is s creating a bow shock in that direction in the surrounding interstellar medium. Faint wisps of gas can also be seen in the opposite direction, which will eventually dissipate away. SH2-188 is considered to be one of the best examples of interaction between a planetary nebula with the interstellar medium.

This image shows off the impressive imaging capabilities of the CCD detectors in the Mosaic 1.1 camera on the Mayall 4-meter telescope at Kitt Peak National Observatory. The image was generated with deep observations in the Hydrogen alpha filter (red) and the Oxygen [OIII] filter (cyan). In this image, North is up and East is to the left.