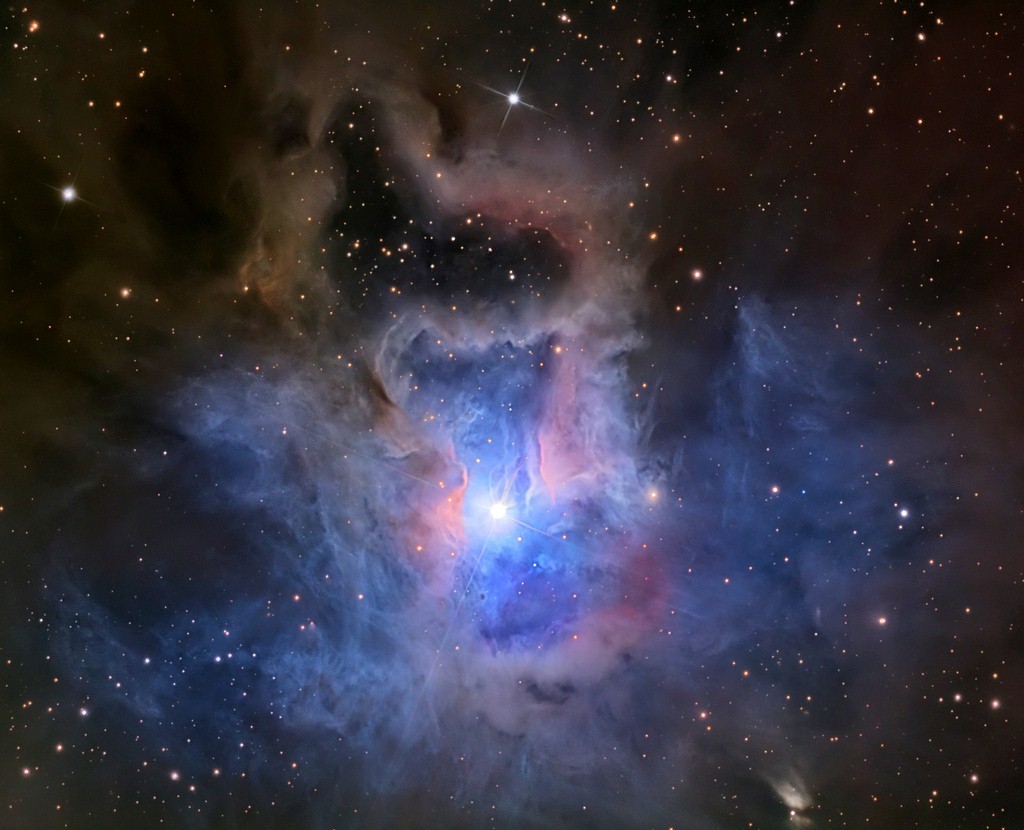 The Iris Nebula (LBN 487, VDB 139 and Caldwell 4) is a bright reflection nebula some 6 light-years across and about 1,300 light-years away in the constellation Cepheus. The nebula is often mistakenly labelled for its associated open star cluster NGC 7023, which is present in the triangular “top hat” just above center in the image.

A reflection nebula is an interstellar dust cloud that emits no light of its own but rather reflects the blue starlight of nearby bright stars. In this case, the dust cloud is illuminated by the hot, blue newborn star HD 200775 (also known as SAO 19158), which is 10 times the mass of our sun. Actually HD 200775 is a variable star and part of an eccentric binary system with a periodicity of 3.7 years.

The star’s solar winds have cleared a bi-lobed zone surrounding the star that measures 5 x 2.5 light-years. In some central filaments the dust is converting invisible ultraviolet light into visible red light by photoluminesence. The blue nebula is surrounded by dark obscuring clouds of dust and cold molecular gas.