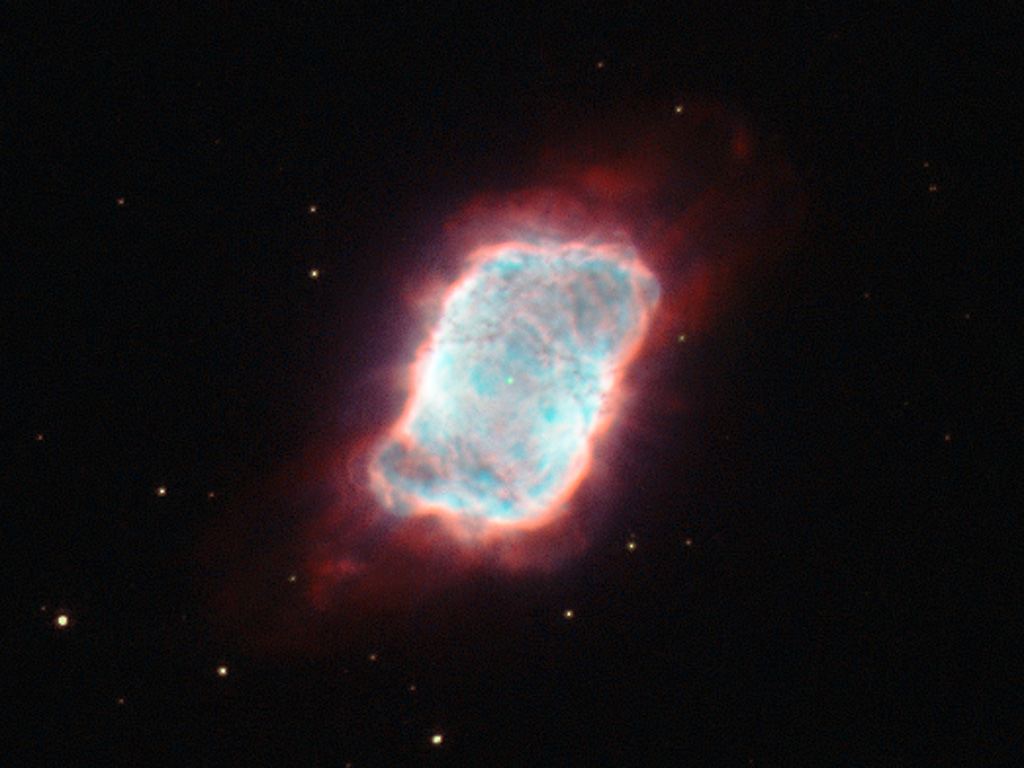 The Phantom Streak Nebula (NGC 6741) is a planetary nebula located some 7,000 light-years away in the northern constellation of Aquila (the Eagle). It is receding from us at approximately 42.9 kilometers per second.

Although fairly bright, this object appears very small through a typical telescope and was missed by early surveyors of the skies and only spotted in 1882 by the American astronomer and physicist Edward Charles Pickering.

Planetary nebulae last for only about 10,000 years, a very short period in the 10-billion-year lifespan of Sun-like stars. So, over the next several thousand years, the Phantom Streak Nebula will gradually disperse into space, and then the white dwarf will cool and fade away for billions of years. No longer emitting heat or light, the white dwarf will finally become a black dwarf. (However, at less than 14 billion years old, the Universe is still too young to have created any black dwarfs.) Our own Sun is expected to undergo a similar fate, but fortunately this will not occur until some 5 billion years from now.

Planetary nebulae come in a wide assortment of shapes and sizes. Only about a fifth are spherical, and others can look like rings, discs, tubes or be entirely without symmetry, owing to distortions introduced by magnetic fields, binary central stars and as-yet unexplained phenomena. The Phantom Streak Nebula does contain a second star and is thought to be well along in its period as a planetary nebula, and has assumed more of a rectangular shape, rather like a luminous pillow.

This picture was created from images taken with Hubble’s Wide Field Planetary Camera 2. The red light was captured through a filter that isolated the red glow from hydrogen (F658N), light through a yellow filter was coloured green (F555W), and the blue was a combination of the green and the glow of oxygen (F555W and F502N). The exposure times were ten minutes (F658N), two minutes (F555W) and ten minutes (F502W). The field of view spans just 24 arc seconds.