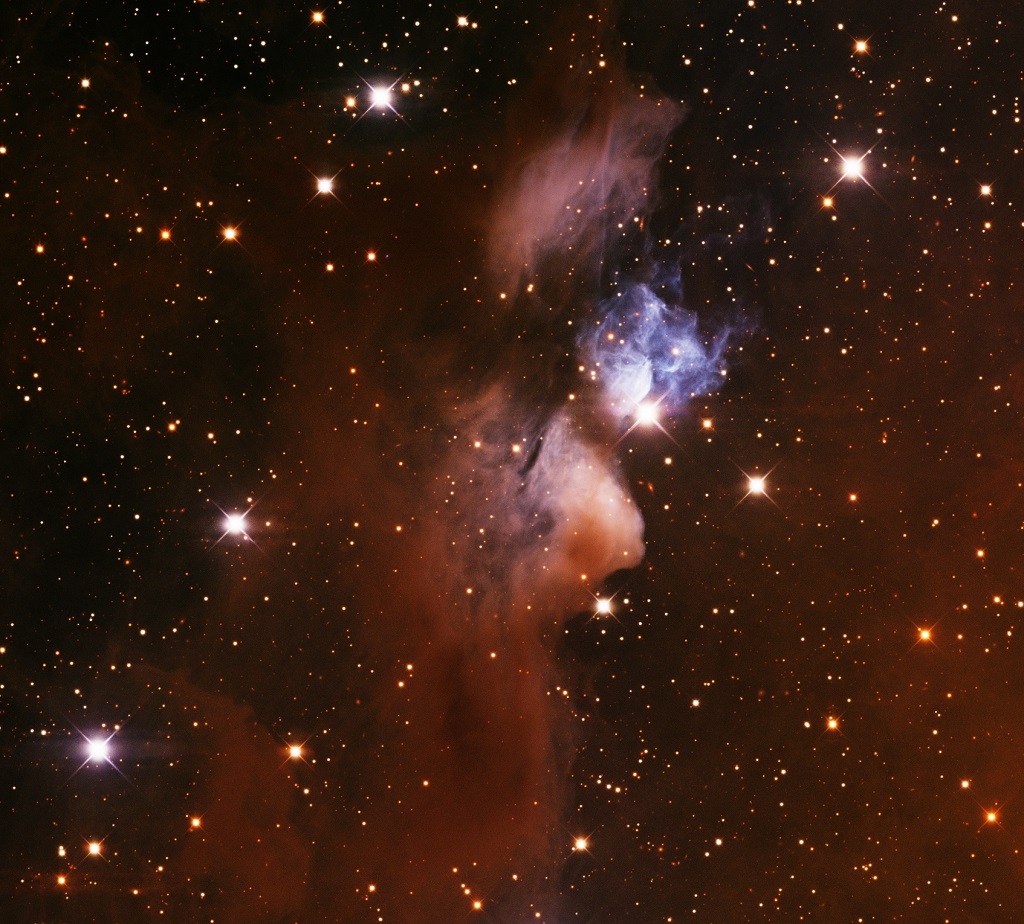 vdB 24 is a faint, blue reflection nebula that lies roughly 1,140 light-years away in the constellation of Perseus, in the same galactic region as the California Nebula ( Sh2-220). The nebula is listed as number 24 in the van den Bergh Reflection Nebulae Catalog which contains 159 reflection nebulae. The catalog was originally published in 1966 by Sidney van den Bergh.

XY Persei is actually a binary star. Its main component is, with an age of approximately 2.5 million years, extremely young and still shrouded in the cloud of gas and dust in which it was born. It has a temperature of 9750 K, a mass of 2.8 times that of the Sun, a brightness of 86 times the solar luminosity, and a rotation speed of at least 200 kilometers per second.

vdB 24 is embedded in a larger dark nebula called LDN 1442, which can be seen as the brownish gas surrounding it. LDB 1442 derives from number 1442 in Beverly T. Lynds’ “Catalog of Dark Nebulae” that was published in 1962.

This image was obtained on October 24, 2011 with the wide-field view of the Mosaic camera on the Mayall 4-meter telescope at Kitt Peak National Observatory, using three different color filters. North is down and East is to the right.