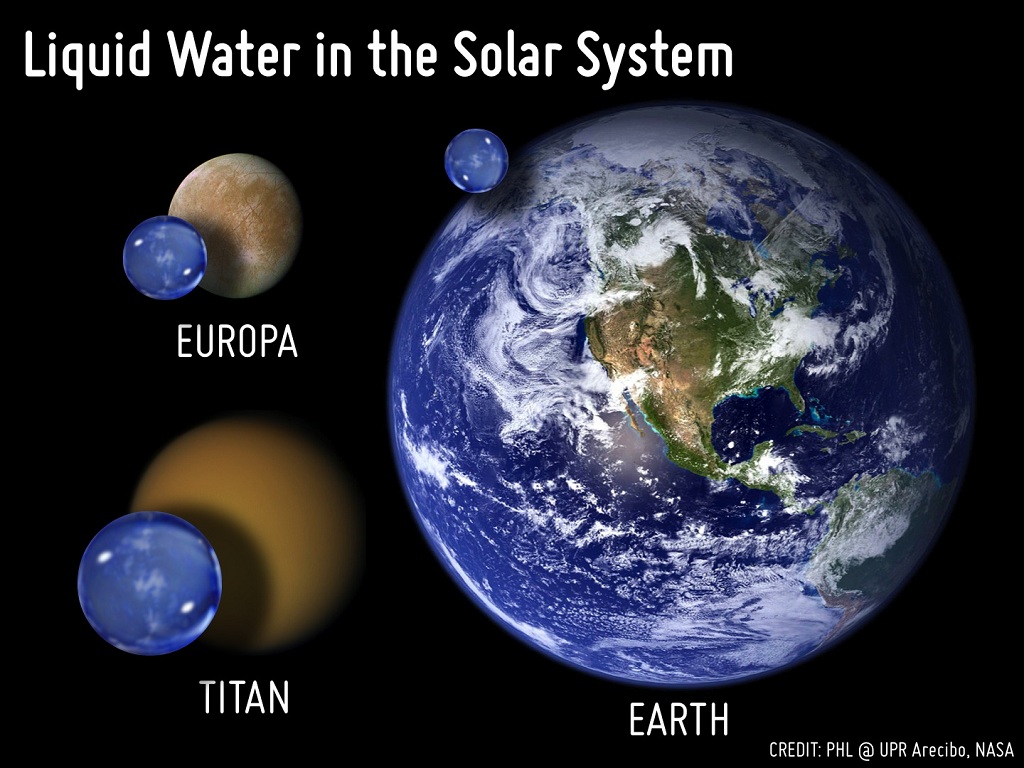 Comparison of the liquid water volume of Earth, Europa, and Titan to scale.

It is estimated that Europa has over two times and Titan nearly eleven times more liquid water as subsurface oceans than Earth. Only liquid water is considered in these estimates but water ice is also significantly present in Europa and Titan.