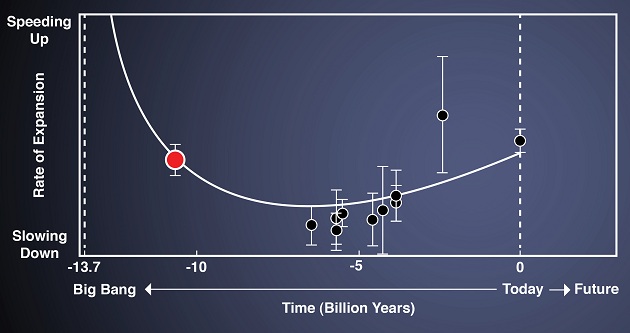 Until recently, three-dimensional maps by BOSS and other surveys were able to measure the regular distribution of galaxies back to an average of only about five and a half billion years ago, a time when the expansion of the universe was already accelerating. BOSS’s quasar measurements (red circle, left), by measuring the distribution of intergalactic gas, have now probed the structure of the early universe at a time when expansion was still slowing under the influence of gravity. The quasar data gives new access to the transition from deceleration to acceleration caused by dark energy.