News by Subject » Cosmology » Quasars Unveil New Era in the Expansion History of the Universe » SDSS-BOSS-illustration, light from distant quasars 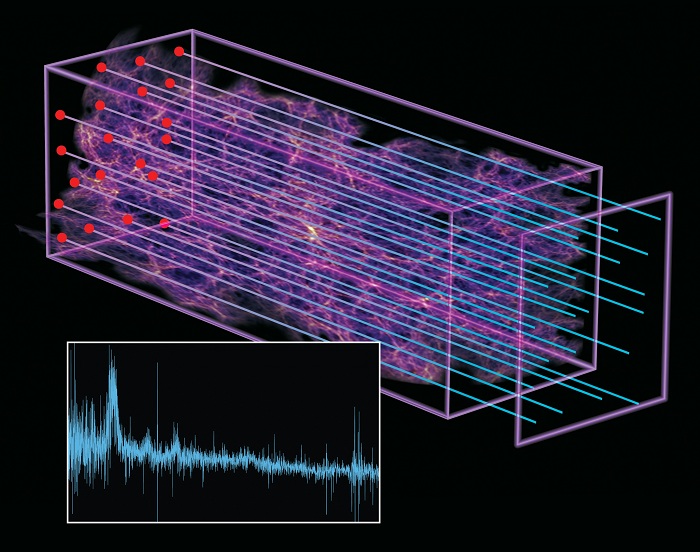 Light from distant quasars (red dots at left) is partially absorbed as it passes through clouds of hydrogen gas. A “forest” of hydrogen absorption lines in an individual quasar’s spectrum (inset) pinpoints denser clumps of gas along the line of sight, and the spectra are collected by the telescope’s spectrograph (square at right). The accessible redshift range corresponds on average to about 10 billion years ago. While the Sloan Digital Sky Survey had previously collected spectra from some quasars in this range, by measuring 10 times as many per square degree of sky BOSS can reconstruct a three-dimensional map of the otherwise invisible gas, revealing the large-scale structure of the early universe.