Humanity has landed a rover on Mars. Now, say scientists, it’s time to land a boat on Titan. This outlandish scenario could become reality, according to engineers presenting their proposals today (27 September 2012) at the European Planetary Science Congress. 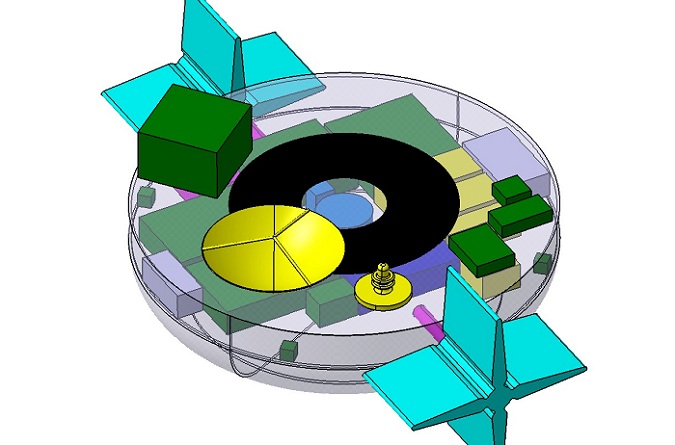 Paddle concept for TALISE probe. This rendering of the proposed TALISE probe shows one possible means of propulsion: paddle wheels on either side of the probe. Image Credit: SENER

Titan, Saturn’s largest moon, is one of the most Earth-like bodies in the Solar System. With a thick atmosphere, a diameter between that of Earth and the planet Mercury, and a network of seas, lakes and rivers, it is in many respects more like a planet than a moon like the Earth’s.

The Cassini-Huygens mission, which studied Titan extensively in the 2000s, confirmed that lakes, seas and rivers of liquid hydrocarbons (similar to household gas) exist, covering much of the satellite’s northern hemisphere. Although it eventually landed on solid ground, the Hugyens lander was designed to be able to float for a short period.

Screw concept for TALISE probe. This rendering of the proposed TALISE probe shows one possible means of propulsion: screws on either side of the probe. Image Credit: SENER

The new plans, called the Titan Lake In-situ Sampling Propelled Explorer, proposes a boat-probe, propelled by wheels, paddles or screws. The probe would land in the middle of Ligeia Mare (the biggest lake, near Titan’s north pole), then set sail for the coast, taking scientific measurements along the way. The mission would last around six months to a year.

“The main innovation in TALISE is the propulsion system,” says Igone Urdampilleta (SENER), a member of the TALISE team. “This allows the probe to move, under control, from the landing site in the lake, to the closest shore. The displacement capability would achieve the obtaining of liquid and solid samples from several scientific interesting locations on Titan’s surface such as the landing place, along the route towards the shore and finally at the shoreline.” 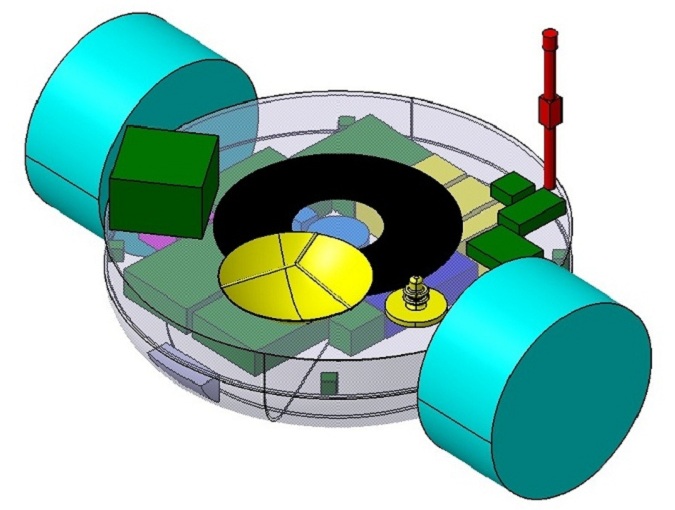 Wheeled concept for TALISE probe. This rendering of the proposed TALISE probe shows one possible means of propulsion: wheels on either side of the probe. Image Credit: SENER

Titan’s environment is too cold for life as we know it, but its environment, rich in the building blocks of life, is of great interest to astrobiologists. The satellite’s atmosphere is made up largely of nitrogen (like Earth’s), is rich in organic compounds and hydrogen cyanide, which may have played a role in the emergence of life on Earth.

The TALISE concept is being developed as a partnership between SENER and the Centro de Astrobiología in Madrid, Spain. This mission concept is the result of a ‘Phase 0’ study. In the following phases the feasibility study and a preliminary mission architecture would be realised to consolidate a possible technical proposal for future space science mission call.