Scientists from the universities of Kiel and Düsseldorf (both Germany) have developed a method to simulate gigantic magnetic fields that normally occur on neutron stars only. The physicists Professor Hartmut Löwen (Heinrich-Heine-Universität Düsseldorf) and Professor Michael Bonitz (Kiel University) have now published these results in the journal “Physical Review Letters”. In the article they show: when small particles in complex plasmas are set into rotation they behave as if they were exposed to a huge magnetic field. 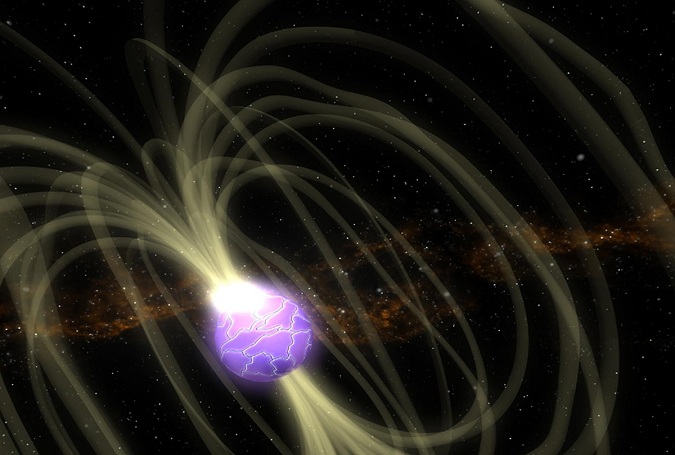 Neutron stars belong to the most extreme objects in space: even though they are only 20 kilometers in diameter, they are up to three times heavier than the Sun. At the same time, they have large magnetic fields up to 300 million times stronger than the Earth’s magnetic field.

The physicists from Düsseldorf and Kiel have come up with an idea how effects of such extreme conditions can be examined in laboratories on Earth. They insert small particles of only a few micrometers into a complex plasma and cause them to rotate. According to theory and computer model simulations, the particles should – in this constellation – be exposed to similar forces as if they were located in a large magnetic field. It would not even be necessary to create a magnetic field at all.

The method has been already verified by experiments of Professor Alexander Piel (Kiel University) and can now be used to study the characteristics of neutron stars’ magnetic fields. For physicists, this means that they can now for the first time study both extreme matter “conditions” and the behavior of particles therein on Earth.