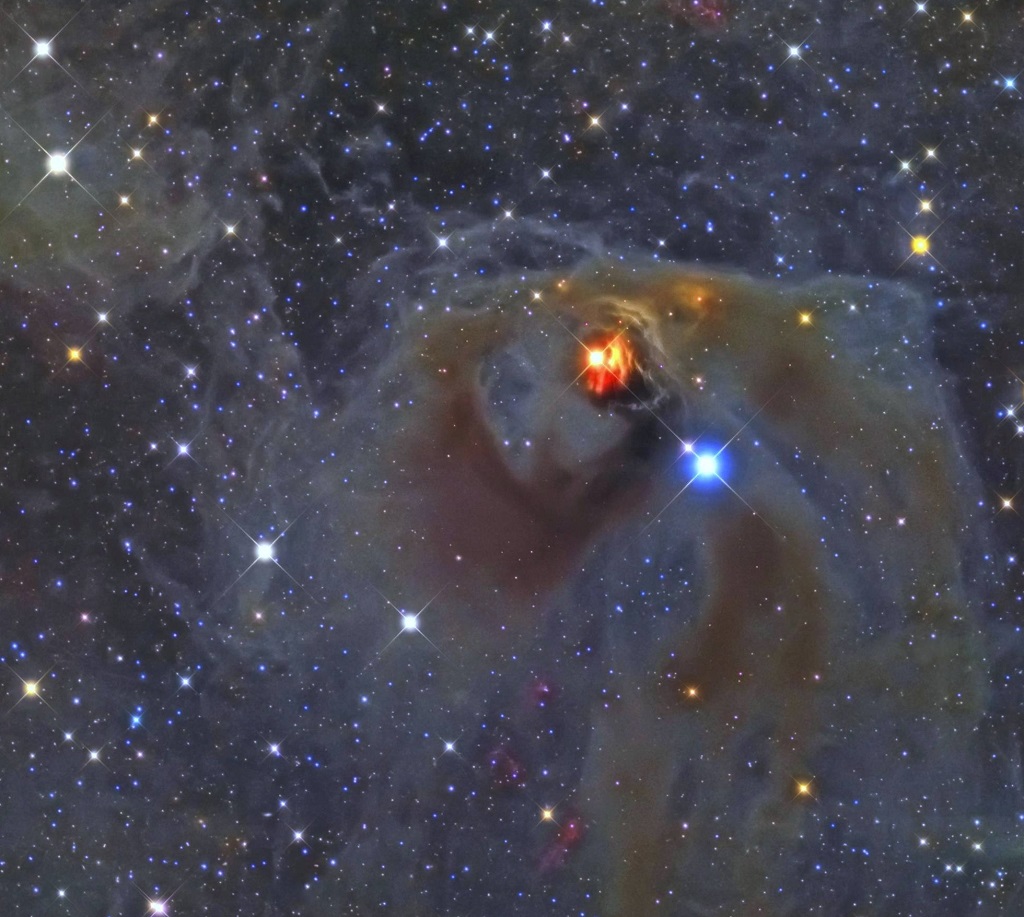 Image Credit NOT Adam Block, what I thought. Does anybody know who made this image?

Hind’s Variable Nebula (also known as NGC 1555, Sh2-238 or HH 155) is a variable nebula of about 4 light-years across, located some 400 light-years away from Earth at the edge of the Taurus Molecular Cloud in the northern constellation of Taurus (the Bull). The nebula was discovered on October 11, 1852 by John Russell Hind, hence its name.

A variable nebula is a reflection nebulae that changes in brightness because of changes in the star whose light it reflects. In this case the nebula is illuminated by T Tauri (the bright orange star in the image), an only one million years old variable star, ranging in magnitude from 8.5 to 13.5. This star is the prototype of the class of T Tauri variable stars, a class of young (less than a few million years old), Sun-like stars still in the early stages of formation.

Both star and nebula are seen to vary significantly in brightness but not necessarily at the same time, adding to the mystery of the intriguing region. To further complicate the picture, infrared observations suggest that NGC 1555 may also contain a very young stellar object. So, the nebula is also a Herbig–Haro object (HH 155).