The Boogie Man Nebula, a molecular cloud in Orion 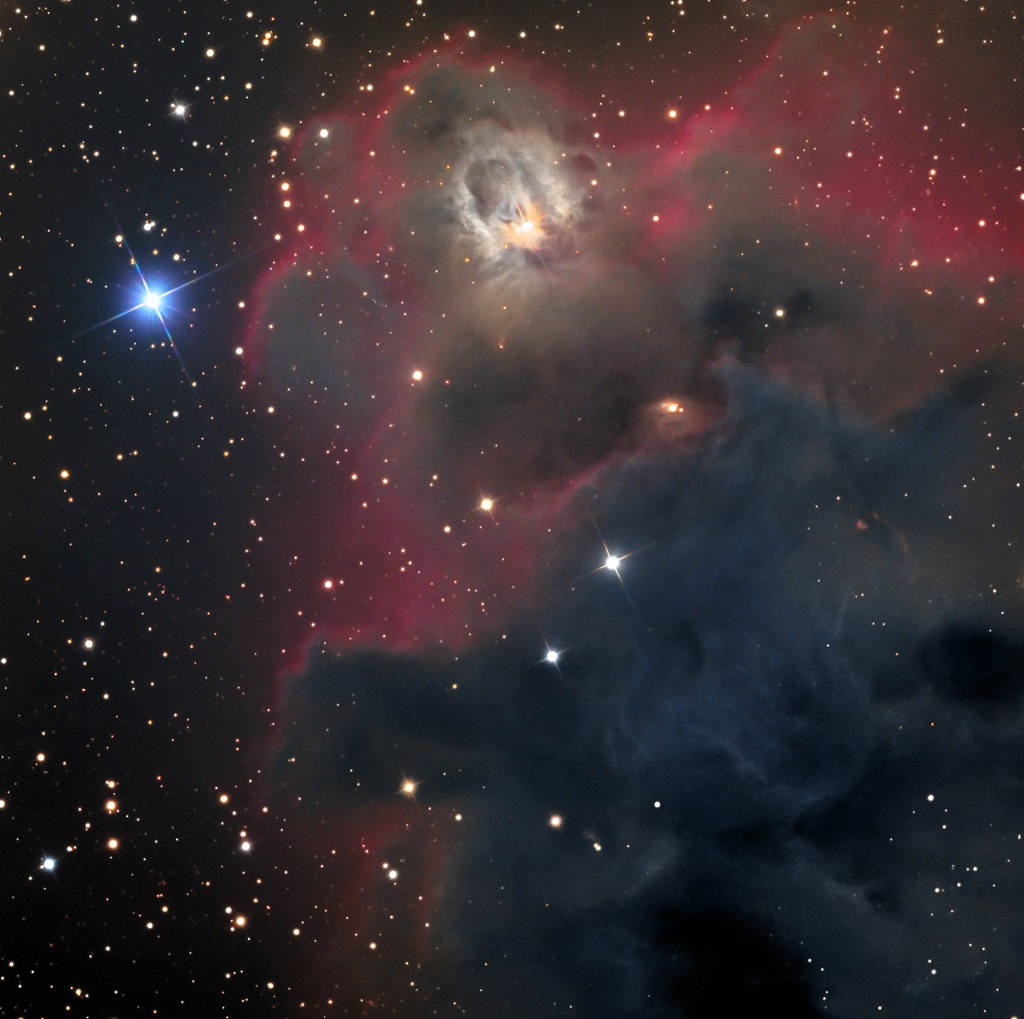 The Boogie Man Nebula (also known as Lynds’ Dark Nebula (LDN) 1622) is a dark molecular cloud of less than 10 light-years across that lies only 500 light-years away in the constellation of Orion, close on the sky to Barnard’s Loop and just north of Orion’s belt, near the plane of our Milky Way Galaxy.

The Boogie Man Nebula appears against a faint background of glowing hydrogen gas. The interstellar dust of this dark nebula is so thick that it obscures light from nearby stars or other nebulas.

This nebula demonstrates the evolution of stars. Star formation results from the collapse of giant clouds of molecular gas and dust. The stars eventually emerge into visibility with their blue light scattering and reflecting off dust particles present in the gas.