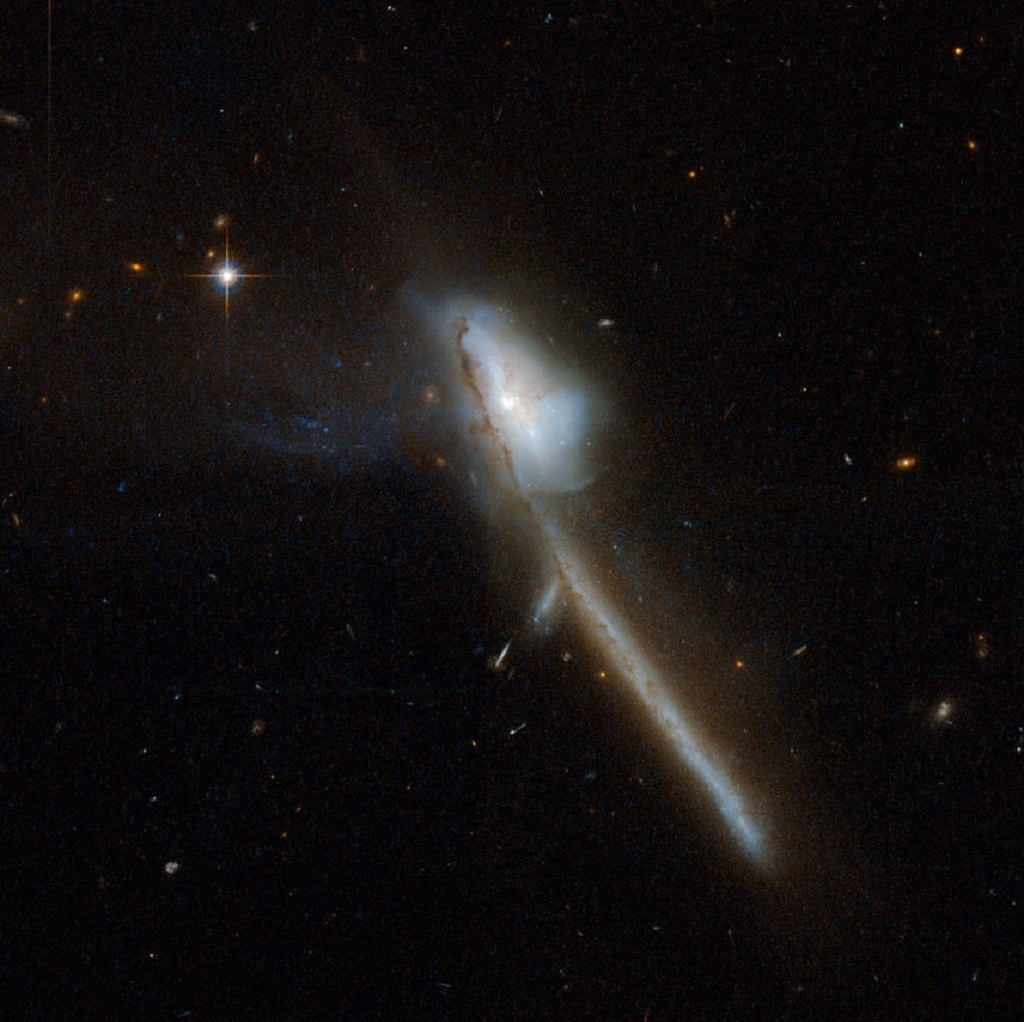 Markarian 273 (also designated UGC 8696) is an ultraluminous infrared galaxy with a bizarre structure, located about 500 million light-years away in the constellation Ursa Major. It is one of the most luminous galaxies when observed in the infrared. The galaxy is receding from us at 10,971 kilometers per second.

The galaxy has an intense region of starburst, where 60 solar masses of new stars are born each year. It is an ‘active’ galaxy, producing radiation in its nucleus at such a rate that the output cannot be accounted for by stars alone. It may well harbour a black hole in its centre.

Markarian 273 has an intricate central region and a striking tail that extends diagonally towards the bottom-right of the image. The tail is about 130,000 light-years long and is strongly indicative of a merger between two galaxies. In both parts of Markarian 273 dark dust lanes can be clearly seen.

Near-infrared observations reveal that the galaxy has a double nucleus, whose two components are separated by about 2200 light-years. So, we are probably witnessing the merger of two galaxies, whose nuclei we can still see.

This image is part of a large collection of 59 images of merging galaxies taken by the Hubble Space Telescope and released on the occasion of its 18th anniversary on 24th April 2008.