Messier 5, a globular cluster in Serpens 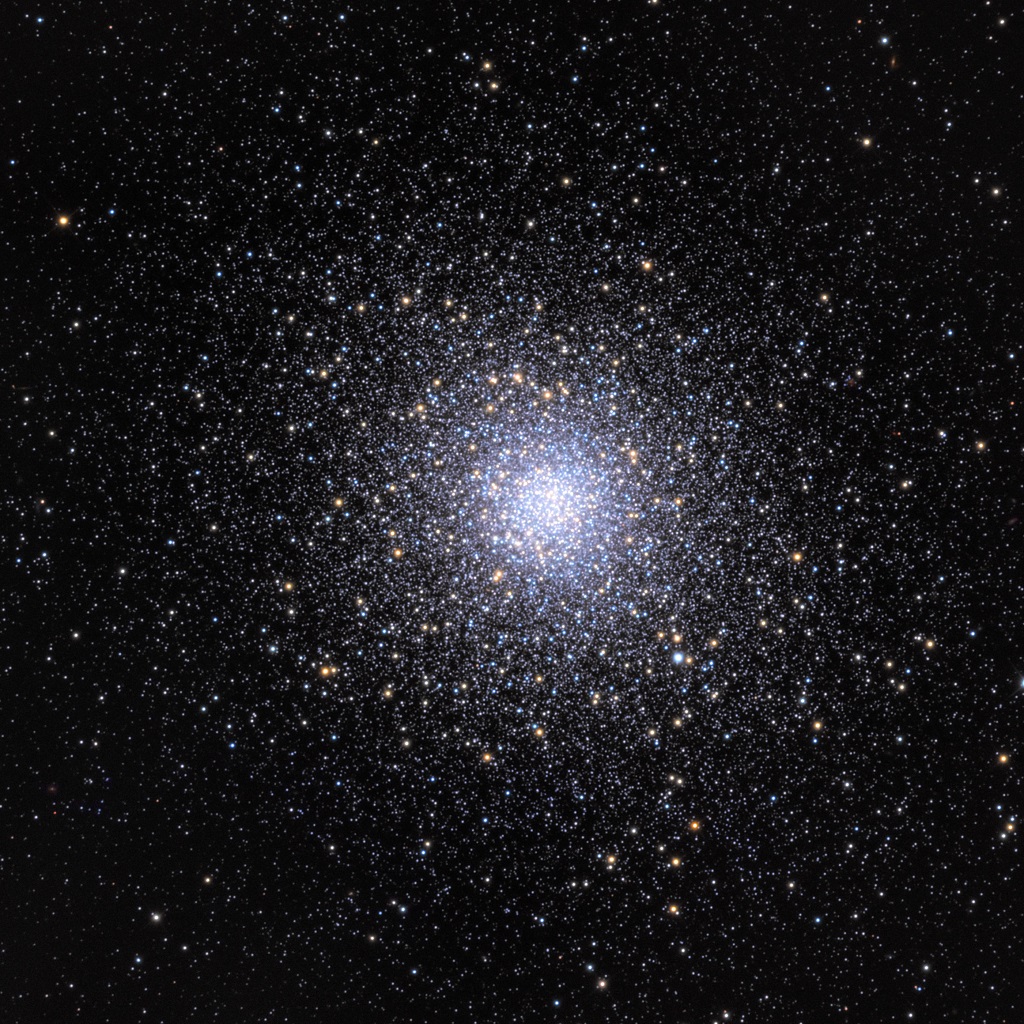 It is one of the most massive globular clusters belonging to the Milky Way with between 100,000 and 500,000 stars. It is also one of the oldest globular clusters in our galaxy. The majority of its stars formed almost 13 billion years ago, but there are some unexpected newcomers on the scene, adding some vitality to this aging population.

Stars in globular clusters form in the same stellar nursery and grow old together. The most massive stars age quickly, exhausting their fuel supply in less than a million years, and end their lives in spectacular supernovae explosions. This process should have left the ancient cluster Messier 5 with only old, low-mass stars, which, as they have aged and cooled, have become red giants, while the oldest stars have evolved even further into blue horizontal branch stars, stars that are burning now helium in their cores.

Yet astronomers have spotted many young, blue stars in this cluster, hiding amongst the much more luminous ancient stars. Astronomers think that these youngsters, called blue stragglers, were created either by stellar collisions or by the transfer of mass between binary stars. Such events are easy to imagine in densely populated globular clusters, in which the many stars are tightly packed together.

Messier 5 also contains the considerably large number of 105 known variable stars, 97 of them belonging to the RR Lyrae type. RR Lyrae stars are somewhat similar to Cepheid type variables and as such can be used as a tool to measure distances in outer space since the relation between their luminosities and periods are well known. The brightest and most easily observed variable in M5 varies from magnitude 10.6 to 12.1 in a period of just under 26.5 days.

The cluster was discovered by the German astronomer Gottfried Kirch in 1702 when he was observing a comet. Charles Messier also noted it in 1764, but thought it a nebula without any stars associated with it. William Herschel was the first to resolve about 200 individual stars in the cluster in 1791.

Messier 5 is, under extremely good conditions, just visible to the naked eye as a faint “star” near the star 5 Serpentis. Larger telescopes will show some individual stars, of which the brightest are of apparent magnitude 12.2.

This color image was taken on April 30th 2012 with a SBIG STX16803 CCD Camera on the 32-inch Schulman Telescope (RCOS) at the Mount Lemmon SkyCenter.