Sh2-239, a reflection nebula surrounded by a star-forming cloud 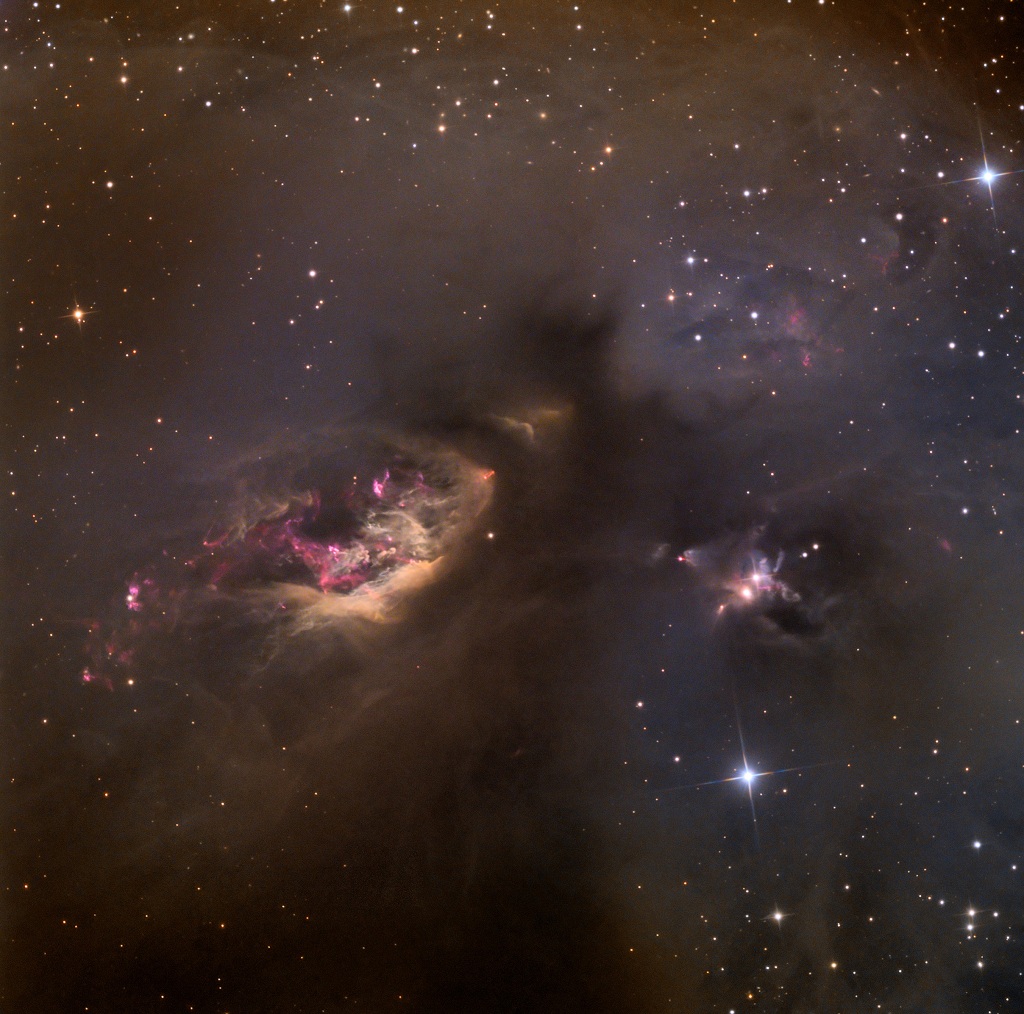 This image shows Sharpless 239 (Sh2-239 or LBN 821, left), a reflection nebula surrounded by LDN 1551, a dark star-forming cloud of gas and dust. The region stretches for nearly 3 light-years near the southern end of the Taurus molecular cloud, a region where active star formation is taking place, some 453 light-years away in the constellation of Taurus, near the border of the constellation Perseus.

LDN 1551 contains a total amount of material equivalent to about 50 times the mass of the Sun, and inside it you will find a dozen of pre-main sequence stars. Star formation activity has caused the mix of dust and colors in the nebulae.

Lots of embedded young stellar objects are spewing material in the surrounding interstellar medium, including (near the center of the image) a compact, red jet of shocked hydrogen gas near the position of the infrared source L1551 IRS 5, known to be a binary system of protostars surrounded by dust disks, separated by about 40 AU. Just below it are the broader, brighter wings of HH 102, one of the region’s many Herbig-Haro objects.

Herbig–Haro objects (HH) – after astronomers George Herbig and Guillermo Haro – are narrow jets of gas and matter ejected by young stars at speeds of 100 to 1000 kilometers per second that collide with the surrounding nebula, producing bright shock fronts that glow as the gas is heated by friction while the surrounding gas is excited by the high-energy radiation of nearby hot stars. They are ubiquitous in star-forming regions, and several are often seen around a single star. The stellar jets seem to form as the swirling cloud of dust and gas surrounding a new star escapes.

The star formation in this area seems to proceed quickly as told by the rapid evaporation in the foreground. Soon even the deepest parts of this cloud will be blown away, and young clusters of stars will shine with exuberance.