IC 4593, a planetary nebula in Hercules 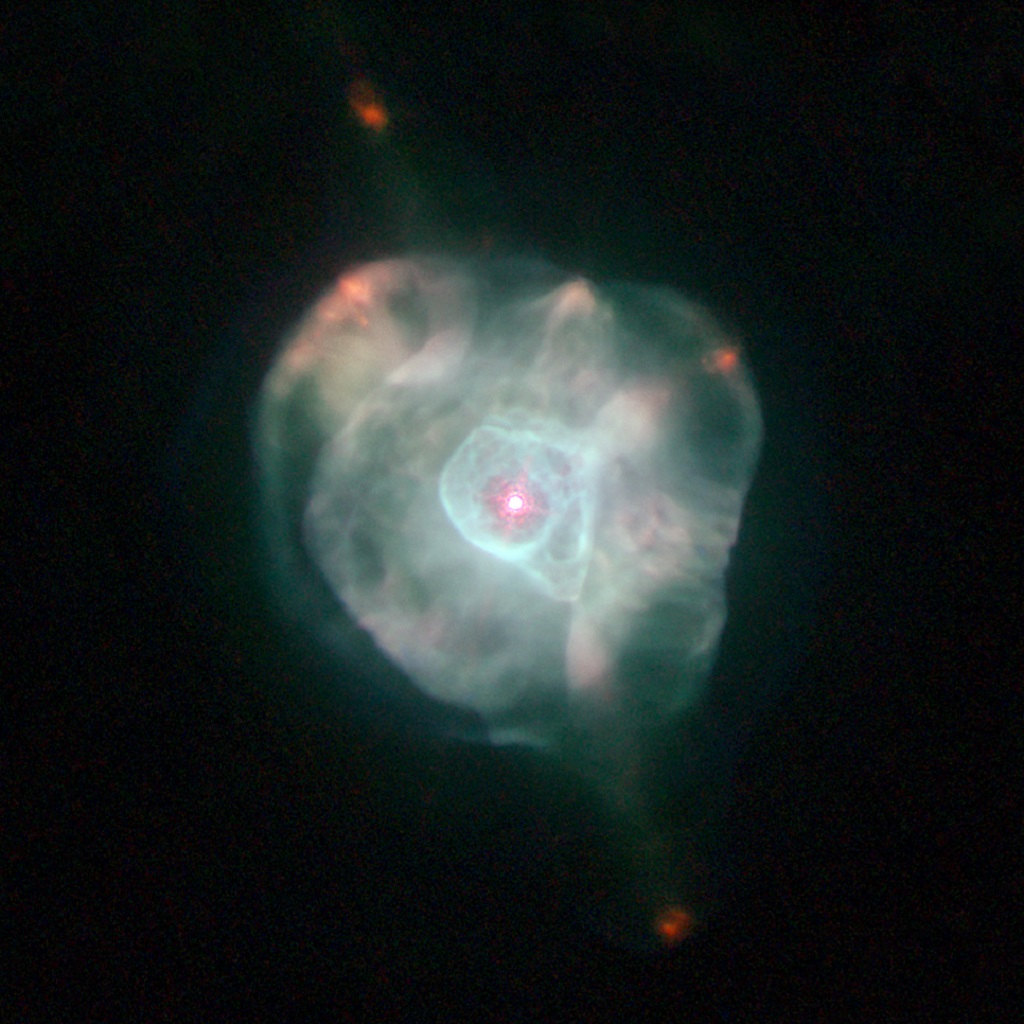 When a star with a mass up to eight times that of the Sun runs out of fuel at the end of its life, it blows off its outer shells and begins to lose mass. This allows the hot, inner core of the star (collapsing from a red giant to a white dwarf) to radiate strongly, causing this outward-moving cocoon of gas to glow brightly. They are called “planetary” nebulae because their round shapes resembled planets when seen through the small telescopes of the eighteenth century, but they don’t have anything to do with planets at all.

Planetary nebulae last for only about 10,000 years, a fleeting episode in the 10-billion-year lifespan of Sun-like stars. So, over the next several thousand years, IC 4593 will gradually disperse into space, and then the white dwarf will cool and fade away for billions of years. Our own Sun is expected to undergo a similar fate, but fortunately this will not occur until some 5 billion years from now.

Over thousands of years, these clouds of gas expand away and the nebulae become larger. Energetic ultraviolet light from the star penetrates more deeply into the gas, causing the hydrogen and oxygen to glow more prominently than in young nebulae. In older nebulae, such as IC 4593, hydrogen and oxygen appear more extended in these regions, and red knots of nitrogen are still visible.

The 11.3 magnitude dying star within IC 4593 is a white dwarf of 0.7 solar masses with a relatively low temperature of 40,000 K. The star – designated HD 145649 – lies right in the middle of the bright center of the nebula, which is surrounded by a giant halo of more than three times the size of the inner nebula. Ultraviolet light from this star makes the nebula glow.

The bulge at the northern (at its left-hand top) end is related to a bipolar jet. We can also see an additional shocked flow to the lower right. Within IC 4593 is an interior shell that is probably the result of the interaction between the nebula and a fast (1600 kilometer per second) hot wind from the central star. The typical turquoise color of the nebula comes from the dominating light of doubly ionized oxygen (O III), while the the red knots are from ionized nitrogen.