The early years of our Solar System were a turbulent time, and questions remain about its development. Dr Tagir Abdylmyanov, Associate Professor from Kazan State Power Engineering University, has been researching shockwaves emitted from our very young Sun, and has discovered that these would have caused the planets in our Solar System to form at different times. Artist’s impression of solar emissions that are rippling outward from our new-born Sun. They would have produced disks of material destined to form the planets. Credit: ESO/L. Calçada

Abdylmyanov has modelled the movements of particles in fluids and gases in the gas cloud from which our Sun accreted. His work suggests our new-born Sun emitted a series of shockwaves that rippled out into the remaining material. This created a series of debris disks around the Sun that accreted over millions of years into planets.

The research indicates that the first series of shockwaves during short but very rapid changes in solar activity would have created the proto-planetary disks for Uranus, Neptune, and dwarf planet Pluto. Jupiter, Saturn, and the asteroid belt would have come next during a series of less powerful shockwaves. Mercury, Venus, Earth, and Mars would have formed last, when the Sun was far calmer. This means that our own planet is one of the youngest in the Solar System. Solar shockwaves would have produced protoplanetary disks at different times, meaning the planets did not form simultaneously. Image Credit: ESO 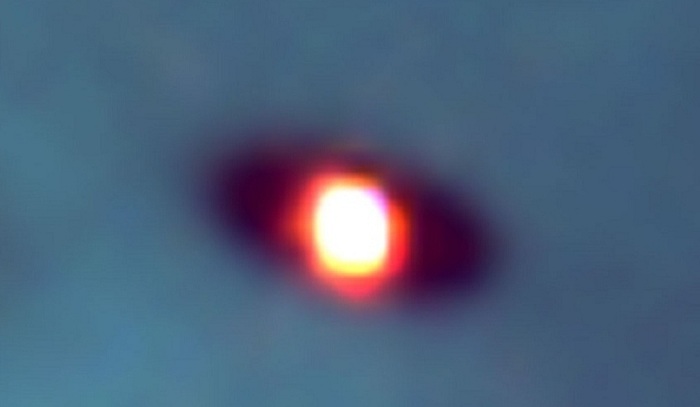 The research could be an important step toward understanding not only our Solar System, but those forming around distant stars.  (This image is a protoplanetary disk in the Orion Nebula.) Image Credit: Mark McCaughrean (Max-Planck-Institute for Astronomy), C. Robert O’Dell (Rice University), and NASA/ESA.

Abdylmayanov hopes that this research will help us understand the development of planets around distant stars. “Studying the brightness of stars that are in the process of forming could give indications as to the intensity of stellar shockwaves. In this way we may be able to predict the location of planets around far-flung stars millions of years before they have formed.”