MESSENGER scientists have concluded that waves driven by the Kelvin-Helmholtz (KH) instability play a key role in driving Mercury’s magnetosphere. In a paper published recently in the Journal of Geophysical Research, the team reports on frequent detections of such waves at the outer edge of the innermost planet’s magnetosphere. 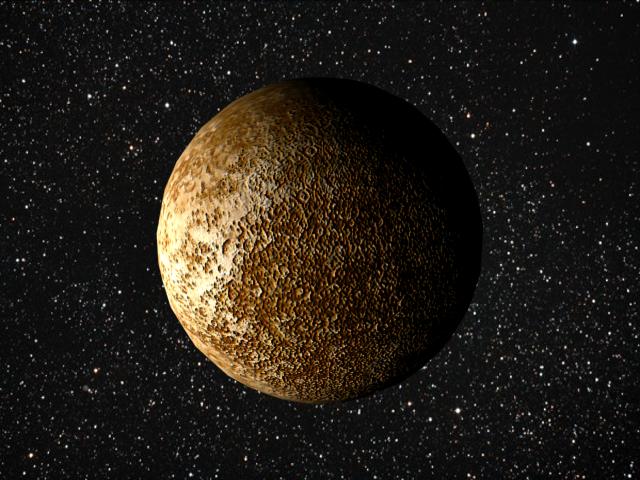 The paper was selected as an Editor’s Highlight by the journal editor, and its findings are scheduled to be featured as a Research Highlight in Eos, the weekly newspaper of the American Geophysical Union.

KH waves can develop at boundaries between two media in relative motion. “In principle, they are similar to the surface waves on water when there’s a strong wind blowing,” explains Torbjorn Sundberg, a postdoctoral fellow at NASA Goddard Space Flight Center and the lead author of the paper, entitled “MESSENGER orbital observations of large-amplitude Kelvin-Helmholtz waves at Mercury’s magnetopause.”

“You can, for example, sometimes see these waves develop on the upper edge of clouds, where they manifest as rolled-up vortices. Kelvin-Helmholtz waves can also be seen in Saturn’s atmosphere, where they can develop at the boundary between the counter-streaming gas in the belts and the zones, the dark and bright bands seen across the planet,” says Sundberg.

In space plasmas, such waves are of interest because they can transfer mass and energy across the boundary between two otherwise separated regions. At Mercury, the boundary is between the relatively dense and fast-streaming solar wind and the more rarified magnetosphere.

The existence of KH-waves at Mercury was confirmed during MESSENGER’s third Mercury flyby. However, the observations left several questions unanswered. “These waves had been seen at Earth and Saturn, so we expected that we might see them at Mercury,” Sundberg says. “But to fully understand these waves, how they develop, and how they differ from the ones found at Earth and Saturn, we needed more measurements.”

The most recent observations were taken during the first 88 days of MESSENGER’s time in orbit. In six different sets of magnetic field measurements made by the orbiter as it passed through Mercury’s magnetopause, the boundary that separates the planet’s magnetosphere from the shocked solar wind plasma in the surrounding magnetosheath, Sundberg and his colleagues were able to observe the magnetic field oscillations characteristic of fully developed KH waves.

“The waves are more frequent, are larger in amplitude, and first appear much closer to the dayside subsolar point than expected, but only on the post-noon or dusk side of the magnetopause,” explains Sundberg. “Moreover, magnetic disturbances arising from the KH waves are seen over large parts of the dayside magnetosphere.”

“These characteristics mean that the KH waves develop more readily and are much more important for mass and energy transfer from the solar wind into the magnetosphere than we had imagined, and there is also a dawn-dusk asymmetry in how they develop,” Sundberg says. “MESSENGER’s extended mission will allow us to look into remaining questions, such as why the waves are seen on the planet’s dusk side but not the dawn side.”